From the University of Vermont USA, Christopher Koliba, PhD comments as follows on the progress of the ongoing “Tank-based Biodiversity Enrichment and Protection Project in Alisthana village near Thirappane in the Anuradhapura District, implemented by South Asia Partnership Sri Lanka

I served as a Fulbright Scholar in the spring of 2015.  Centered in the Department of Zoology at the University of Colombo, Sri Lanka, I undertook a study of community-based adaptation to climate change project funded by UNDP-GIF.  The project in Alisthana, North Central Province, organized by the South Asia Partnership was on of my case study sites.  During this time I visited the project, met with community leaders and toured the work being done to improve the community’s capacity to adapt to climate change.  This region is located in the dry zone and is very vulnerable to delayed monsoons and extended droughts.  As a social scientist from the University of Vermont, USA, I was particularly interested in the role that community social capital plays in adapting to the impacts of climate change.

One of the major findings from my comparative case study research concerned the role of women and women’s organizations in supporting community-based adaptation to climate change. The project of ecosystems restoration in the small tank systems of Alisthana represented an excellent example of how an empowered women’s organization can play a leading role in communities like these. I met with the women’s organization, toured many of their home gardens and seed saving enterprises. I saw first hand how they worked and in many instances, led, the male dominated farmer’s organization.

The Alisthana Project as it is conceived takes a comprehensive approach to climate change adaptation. With a relatively intact tank infrastructure, attention is being paid to addressing the make up of the wider ecosystem. Following many years of deforestation, the land surrounding the village’s main tank has been stripped of trees. With no trees to buffer from the persistent winds, higher rates of evapotranspiration and tank siltation is evident. Although persistent rains have limited the project’s ability to plant trees as initially scheduled, the project has done a very good job of linking home garden cultivation with tree planting. Several households have been growing new tree from seed, preparing to plant them in the deforested areas upstream from the tank. Once weather conditions permit a wider scale implementation of tree planting, the region stands to serve as a model for how rural, agricultural communities located in the dry zone, can take a comprehensive, ecosystem-wide approach to ecosystem resiliency. The ability of a healthy forest ecosystem in strategic locations upstream and upwind of tanks to protect again evapotranspirtation and increased siltation is well documented in the literature. Sufficient tree canopy cover will aid in moderating high temperatures for the region, provide cover and habitat for improved biodiversity, and improve the health and resiliency of the Alisthana tank.

1.) The development of a model demonstration garden located on the grounds of the project office; 2.) The use of highly qualified and effective consultants to deliver workshops on home garden cultivation and to provide ongoing technical assistance to participating households; 3.) The widespread involvement of the village’s Women’s Society in home garden trainings; 4.) The enthusiastic and highly skilled efforts of participating households to demonstrate to others how it is done, sustained and beneficial; and 5.) The development of a network of home gardeners who support one another. There is evidence that some households who were not in the initial trainings has started to develop their own home gardens, suggesting a strong “diffusion of innovation” effect. During the site visit, several highly functioning home gardens were toured, including one household that was specializing in seed cultivation. It is also apparent that the Farmer’s Organization and the male members of the community are getting involved and taking an interest. Some transference of new knowledge gained in the home garden to larger scale vegetable crop cultivation is evident. The District Agrarian Services Office has taken note, provided resources for at least one household to dig a home well, and has requested that a demonstration plot be developed at their offices.

Of all of these factors, the role of the empowered Women’s Society was most crucial. Of the five case studies I conducted, the women leaders of this community were the strongest and serve as exemplary examples of how they can and should be serving as guides for communities.

Specifically, I found that: 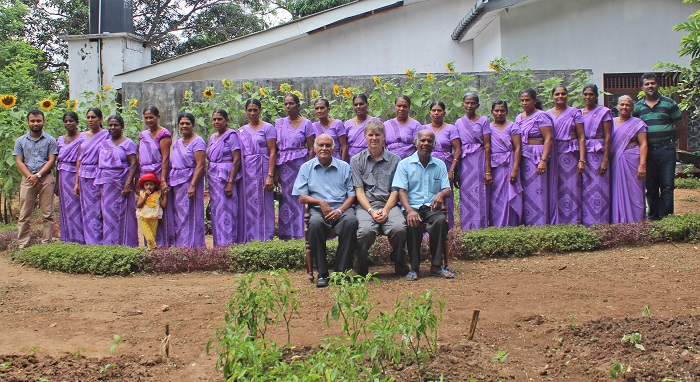 I could see no negative consequences stemming from this work. Not only is the region’s agricultural resiliency improving, I saw how families were strengthen as the women took on leadership roles in home garden cultivation and seed saving enterprises.