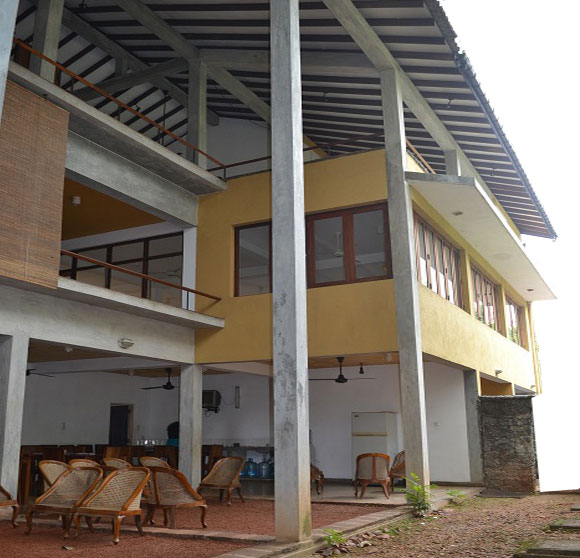 South Asia Partnership – Sri Lanka (SAPSRI) is a non-profit development-oriented organisation which focuses on uplifting the lives of vulnerable communities in Sri Lanka. SAPSRI is committed to promoting a holistic approach to development through the creation of a just and equitable society by building the capacities of citizens and civil society organisations to be self-reliant and active partners in development.

SAPSRI commenced its operations as a project under the MARGA Institute in 1981, with the support of the Canadian International Development Agency (CIDA). In 1985, SAPSRI became a separate entity and subsequently a partner of the South Asia Partnership. Thus, SAPSRI is a part of an international chain of development organisations which includes partners in Bangladesh, India, Nepal, Pakistan, and Canada.

With a history of nearly 38 years in building the development capacities of networks of hundreds of community based organisations (CBOs), SAPSRI has worked in 18 districts of Sri Lanka. SAPSRI’s key strengths include the ability to provide economic, social, and political tools to the needy people irrespective of caste, creed, or status. Past projects have included community empowerment, participation of women in governance and strengthening the capacity of local government institutions. In addition, initiatives on economic empowerment and infrastructure development have also been launched.

In the field of community development, SAPSRI has made concerted efforts to empower the marginalised and disadvantaged, rural poor women and youth in particular, by way of identifying their hidden talents, and sharpening their skills in capacity building with the provision of requisite training and guidance. SAPSRI also extended its support to improve community needs, such as, safe drinking water, health and sanitation of the disadvantaged groups. It also supported the resettlement of the families displaced by the devastating tsunami in 2004.

In the field of economic upliftment, SAPSRI has made relentless efforts to support income generating activities (IGAs) in areas of agriculture, animal husbandry, small scale business activities and revival of traditional crafts, such as lace (Beeralu) making, pottery etc. This is often done with financial support extended under SAPSRI Small and Medium Enterprise Development (SMED) credit line supported by concessional rates of interest. As a result of the successful operation of the SMED Credit Programme over the past several years, SAPSRI has been able to expand its credit horizon into new areas for financing such as organic vegetable/fruit cultivation and dairy farming development.

The Organisation has laid a heavy emphasis on people’s participation and volunteerism and therefore SAPSRI has been funded by many foreign donors.

In response to the world crisis of climatic change, biodiversity enhancement and protection has been taken up by SAPSRI as a main area. In early 2014, SAPSRI was awarded a two year project under the Small Grant Programme of Global Environment Facility (SGP/GEF) under the aegis of UNDP, Sri Lanka, to implement a tank-based biodiversity enrichment and protection project.

The project is progressing steadily in the Anuradhapura District. In 2017, SAPSRI became an implementing partner of the Climate Resilient Integrated Water Management Project, which is being implemented in the Puttalam District. With the emergence of the 2030 global agenda, SAPSRI’s focus is to work with rural communities, partner organisations, INGO’s, NGO’s and government organisations to achieve sustainable development, particularly focusing on climate change adaptation and mitigation, disaster risk reduction, biodiversity and environment conservation.